Leonardo illustrated a book on mathematical proportion in art written by his close friend Luca Pacioli and called De divina proportione. He was also preparing a major treatise on his scientific observations and mechanical inventions. It was to be divided into a number of sections or “Books”, Leonardo leaving some instructions as to how they were to be ordered. Many sections of it appear in his notebooks.

These pages deal with scientific subjects generally but also specifically as they touch upon the creation of artworks. In relating to art, this is not science that is dependent upon experimentation or the testing of theories. It deals with detailed observation, particularly the observation of the natural world, and includes a great deal about the visual effects of light on different natural substances such as foliage.

In 1506, Leonardo took on another pupil, Count Francesco Melzi, the son of a Lombard aristocrat, who is considered to have been his favourite student. He travelled to France with Leonardo and remained with him until Leonardo’s death. Melzi inherited the artistic and scientific works, manuscripts, and collections of Leonardo and administered the estate.

Leonardo was not a prolific painter, but he was a most prolific draftsman, keeping journals full of small sketches and detailed drawings recording all manner of things that took his attention. As well as the journals there exist many studies for paintings, some of which can be identified as preparatory to particular works such as The Adoration of the Magi, The Virgin of the Rocks and The Last Supper. His earliest dated drawing is a Landscape of the Arno Valley, 1473, which shows the river, the mountains, Montelupo Castle and the farmlands beyond it in great detail.

Leonardo kept a series of journals in which he wrote almost daily, as well as separate notes and sheets of observations, comments and plans. He wrote and drew with his left hand.Most of his writing is in mirror script, which makes it difficult to read. Much has survived to illustrate Leonardo’s studies, discoveries and inventions....

As Leonardo became successful as an artist, he was given permission to dissect human corpses at the hospital Santa Maria Nuova in Florence. Later he dissected in Milan at the hospital Maggiore.From 1510 to 1511 he collaborated in his studies with the doctor Marcantonio della Torre. In 30 years, Leonardo dissected 30 male and female... 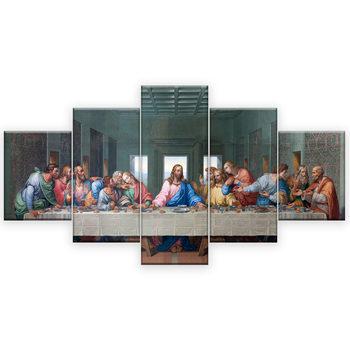 As Leonardo became successful as an artist, he was given permission to dissect human corpses at the hospital Santa Maria Nuova in Florence.

Leonardo kept a series of journals in which he wrote almost daily, as well as separate notes and sheets of observations, comments and plans.