Leonardo first gained notoriety for his work on the Baptism of Christ, painted in conjunction with Verrocchio. Both both of which are Annunciations. One is small, 59 centimetres (23 in) long and 14 centimetres (5.5 in) high. It is a “predella” to go at the base of a larger composition, a painting by Lorenzo di Credi from which it has become separated. The other is a much larger work, 217 centimetres (85 in) long. In both Annunciations, Leonardo used a formal arrangement, like two well-known pictures by Fra Angelico of the same subject, of the Virgin Mary sitting or kneeling to the right of the picture, approached from the left by an angel in profile, with a rich flowing garment, raised wings and bearing a lily. Although previously attributed to Ghirlandaio, the larger work is now generally attributed to Leonardo.

In the smaller painting, Mary averts her eyes and folds her hands in a gesture that symbolised submission to God’s will. Mary is not submissive, however, in the larger piece. The girl, interrupted in her reading by this unexpected messenger, puts a finger in her bible to mark the place and raises her hand in a formal gesture of greeting or surprise. This calm young woman appears to accept her role as the Mother of God, not with resignation but with confidence. In this painting, the young Leonardo presents the humanist face of the Virgin Mary, recognising humanity’s role in God’s incarnation.

In the 1480s, Leonardo received two very important commissions and commenced another work that was of ground-breaking importance in terms of composition. Two of the three were never finished, and the third took so long that it was subject to lengthy negotiations over completion and payment.

One of these paintings was Saint Jerome in the Wilderness, which Bortolon associates with a difficult period of Leonardo’s life, as evidenced in his diary: “I thought I was learning to live; I was only learning to die.” Although the painting is barely begun, the composition can be seen and is very unusual. Jerome, as a penitent, occupies the middle of the picture, set on a slight diagonal and viewed somewhat from above. His kneeling form takes on a trapezoid shape, with one arm stretched to the outer edge of the painting and his gaze looking in the opposite direction. J. Wasserman points out the link between this painting and Leonardo’s anatomical studies. Across the foreground sprawls his symbol, a great lion whose body and tail make a double spiral across the base of the picture space. The other remarkable feature is the sketchy landscape of craggy rocks against which the figure is silhouetted.

The daring display of figure composition, the landscape elements and personal drama also appear in the great unfinished masterpiece, the Adoration of the Magi, a commission from the Monks of San Donato a Scopeto. It is a complex composition, of about 250 x 250 centimetres. Leonardo did numerous drawings and preparatory studies, including a detailed one in linear perspective of the ruined classical architecture that forms part of the background. In 1482 Leonardo went to Milan at the behest of Lorenzo de’ Medici in order to win favour with Ludovico il Moro, and the painting was abandoned.

The third important work of this period is the Virgin of the Rocks, commissioned in Milan for the Confraternity of the Immaculate Conception. The painting, to be done with the assistance of the de Predis brothers, was to fill a large complex altarpiece. Leonardo chose to paint an apocryphal moment of the infancy of Christ when the infant John the Baptist, in protection of an angel, met the Holy Family on the road to Egypt. The painting demonstrates an eerie beauty as the graceful figures kneel in adoration around the infant Christ in a wild landscape of tumbling rock and whirling water. While the painting is quite large, about 200×120 centimetres, it is not nearly as complex as the painting ordered by the monks of St Donato, having only four figures rather than about fifty and a rocky landscape rather than architectural details. The painting was eventually finished; in fact, two versions of the painting were finished: one remained at the chapel of the Confraternity, while Leonardo took the other to France. The Brothers did not get their painting, however, nor the de Predis their payment, until the next century.

For an artist working in the 15th century, some study of the nature of light was essential. It was by the painting of light falling on a surface. It was also well understood by artists like Leonardo’s teacher, Verrocchio, that an appearance of space and distance could be achieved in a background landscape by painting... 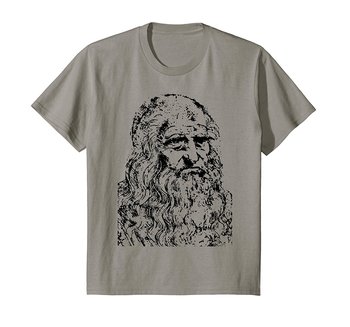 For an artist working in the 15th century, some study of the nature of light was essential. It was by the painting of light falling on a surface.